United Nations Youth & Students Association of Bangladesh (UNYSAB) & Centre for Men & Masculinities Studies (CMMS) jointly organized Shadow Youth Parliament supported by ActionAid Bangladesh on 7 November 2019 at the IDB Bhaban Auditorium, Sher-E-Bangla Nagar, Dhaka. This event was organised to give our youth a clear view of how the parliamentary debates take place to execute the bills, promote and talk about the parliamentary areas and other state related issues.

Hundreds of youth came from all corners of the country to participate at this event where they discussed about the problems along with the possible solutions in their constituency and promote youth agenda for the achievements of SDG 2030. The registration for this event was free of cost. The youths were divided into two groups after that. The division was done on the basis of the writings of them where they showed their current problems in the constituency area to the whole model parliamentary meeting and proposed the solutions to the problems as well. The ones with the best fifty writings were invited as delegates and the other 250 participants were invited as observers to learn and enjoy the session. 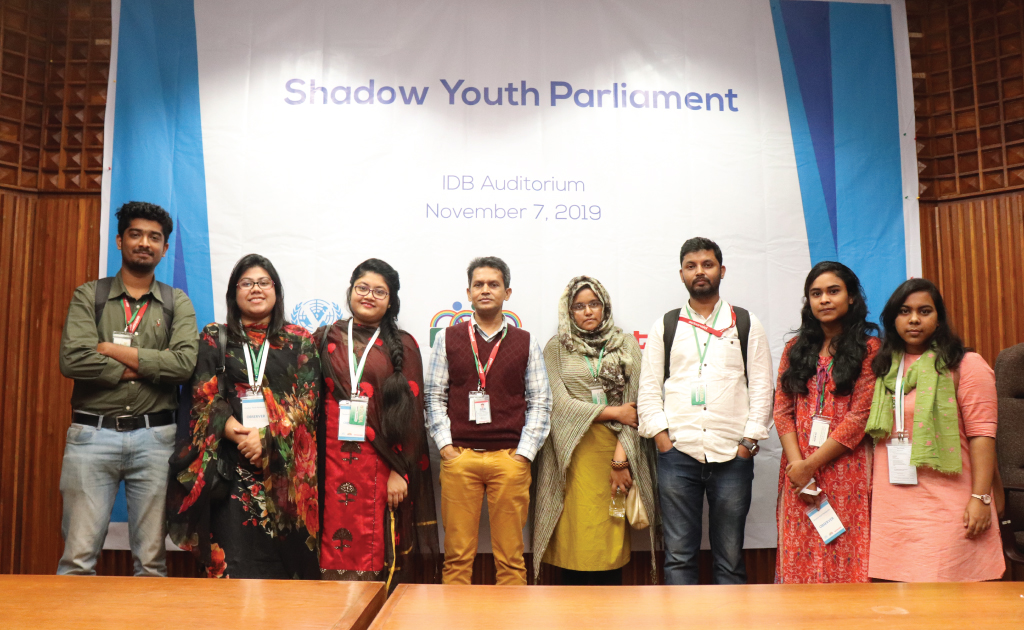 In the first half of this session, the panel talked about various issues from our history to current emergence. They motivated the youth with their words, inspired them to work for good governance and diplomacy and also advised them for their future. In the latter half, the actual Shadow Youth Parliament was conducted where Dr. Shaikh Imtiaz – founder and chairman of the trustee board of UNYSAB, acted as the Honorable speaker. The shadow parliament discussed many large scaled to small scaled problems of the People’s Republic of Bangladesh. The session started by getting the delegates into two equal parts. One part acted as the government and the other as the opposition of government. Both parties debated fiercely on recent issues such as widespread of dengue, problems of water and other necessities in the constituency area, preventive measures and etc. The best delegates were awarded in the last part of the program, the award ceremony and all of the participants were provided with certificates for their enthusiasm to make this program a success.

Before executing the event, UNYSAB held its first workshop on Shadow Youth Parliament on 24th August at the BSK Auditorium. The speakers list included Honorable MP Ms. Rumana Ali ; UNDP head of Communications Mr. Md. Abdul Quayyum ; Program Officer of  UN Capital Development Fund Mr. Galib Ibn Anwarul Azim ; CEO & MD Spellbound Leo Burnett Mr. Arefeen Rumman ; Founder and Chairman of the trustee board of UNYSAB Dr. Shaikh Imtiaz and President of UNYSAB Ms. Shammy Wadud. It was amazing to have a panel of prominent speakers and had a daylong session where the participants got to know about the basics of parliamentary ROP, debate and the constitution of Bangladesh. This successful interactive session paved the way for the actual Shadow Youth Parliament held in November. 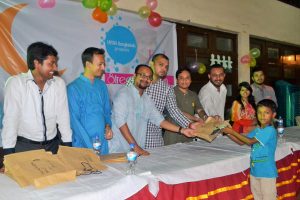