Rafiq, a boy of four to five years, roam around the Arts building compound of the University of Dhaka asking for money in lieu of the candies he has in his bowl. With the money he gets each of the days, he can hardly manage his square meal. This is not the story of one Rafiq, rather the story of thousands of street children across the country who live their days from hand to mouth. Occasions like Eid matter a little to them; Eid day never brings any change in their life. To let these children feel the joy of Eid day, the United Nations Youth and Students Association of Bangladesh (UNYSAB) started Eid for Street Children campaign in 2009.

The campaign includes providing new clothes to the street children, sharing iftar with them for a day, arranging a painting festival for them and distribute their paintings to our well-wishers free of cost. And finally, on the eve of Eid day, volunteers of UNYSAB distribute items for an improved diet such as vermicelli, sugar, pulao rice, among the poor families of different slums.

Other than spending the collected fund in hiring expensive convention halls, it has preferred to use the fund to buy more clothes for more children. As a result, this year the organization has managed to provide new dress for Eid to more than a thousand street children. 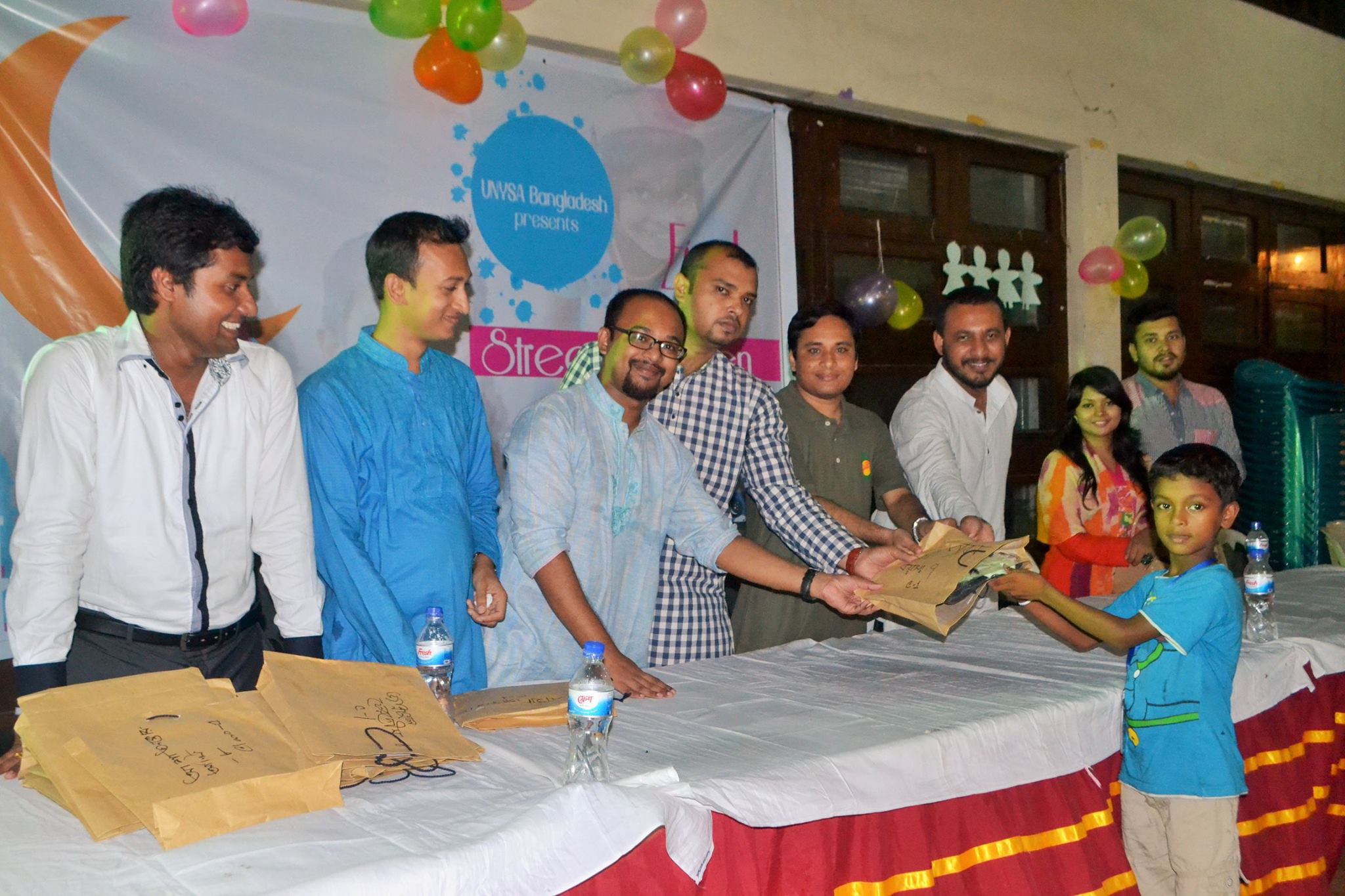 In spite of not being patronized by any corporate house, Eid for Street Children has been a success for over six years thanks to the wholehearted efforts of youths and the generous help of people from all walks of life. Since 2009 the project has facilitated hundreds of street children every year with new clothes. With the passing days, the number has increased and has now it has crossed three digits.

These youths of UNYSAB has shown us how we can give a better eid to our unfortunate neighbours in the streets and slums whose responsibility we can never shrug off. While making the best of year’s eid shopping spree, if each of us can also buy some new clothes and other products for at least one poor family of our neighbourhood, following the example of these lively youths, we can hope that there will be a smile in every face on the Eid day. 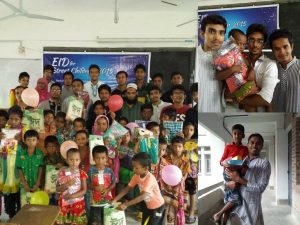